SV60 Cordon & Liñán Arquitectos is an award winning company of Architecture and Urbanism that serves in any areas within its scope and at every stage of development. The company conducts researches, construction projects, urban planning and also manages and controls the complete construction process of the projects. It has its headquarters in Seville, Spain, and works throughout the whole national and international territory.

SV60 Arquitectos offer a right combination of tradition and innovation attending to the characteritics of the place where each Project is located (Culture, heritage, climate conditions, people needs, etc). Our work in Andalusia (south of Spain), where we are based, has provided us with extensive experience in architectural interventions  in places characterized by the mixture of different cultures and a dry and sunny climate

Architecture's team practice is based on the search for synthetic answers to multiple aspects which define each project (physical, cultural, environmental, economic and functional) by combining technical rigor and research. The main guidelines in this proccess are: Our interest in the potential of construction to create new places to improve the way of life of people, and to deal with the context, focusing on the relationship of architecture with the environment and the territory. The target is to propose an innovative integration between architecture, man and landscape, deeply concerned for the environmental, social and economic aspects of sustainbility. Built projects are informed by a sensitive approach to the physical and cultural context, establishing a closer dialogue to the place based on tectonic logic rather than language issues or style discussions.

Our Architecture is associated to permanence, not to variation and change. We believe that it is necessary to take the maximum capability of the site, and using the architecture to create a new Place. On that sense we understand our architectural concept as a simple equation: the balance between enclosing, making a place and defining its limits on one hand, and on the other the capacity of the space to give shelter and to hold programs that are adapted to the contemporary way of life.

Mass, void, light, material...The sort of perception of architecture that we are proposing bears mainly on these timeless values.

SV60 Arquitectos is a multidisciplinary team of Architects, Engineers, draughtsmen and administrative staff, and Financial and Environment Experts based in Seville, Spain. We are a multicultural team working in a wide range of projects, from architecture to territorial consultancy. We regularly collaborate with national and international teams of engineers, landscapers, artists and other experts. Consequently, we have a broad experience in putting together teams of the highest quality in Spain and abroad, having the contacts and relationships at their disposition for this. We are able to form the most suitable team depending on the specifications of each project. Our Architectural firm is leaded by Antonio G. Liñán. SV60 arquitectos was founded in 2002 by Antonio González Cordón (1950-2018) and Antonio G. Liñán, focusing most of their architectural work since then on public works via competitions and private commissions

MSc in Architecture, Town planning and Construction. Antonio graduated as an architect from the Seville School of Architecture. He is a lecturer in architecture at the ETSA Seville. He collaborated and worked as associate with Antonio González Cordón since 1997 to 2018, being partner at SV60 arquitectos since 2002. As an individual architect he collaborates with different national and international publications, where his work has been published and exhibited and works on projects and architectural competitions as a way of experimentation and professional development. His works have been recognized with several awards in Spain and abroad: Nominated to EU - Mies Van der Rohe Award 2017, Grand Prix Leonardo 2015 (Minsk), Mention Ugo Rivolta award 2015 (Milan), NAN award 2015 (Barcelona), Silver Medal American Architecture Prize (New York), etc. He has won several prizes in national and international architectural contests.

Technical Architect from the EUAT of Seville and Building Engineer for the Camilo José Cela University of Madrid. Technical Director of SV60 Architects. Extensive experience of more than 30 years in the development of projects, supervision of construction works execution and cost control in medium and large scale projects.

Architect by the ETSA of Seville since 2010. 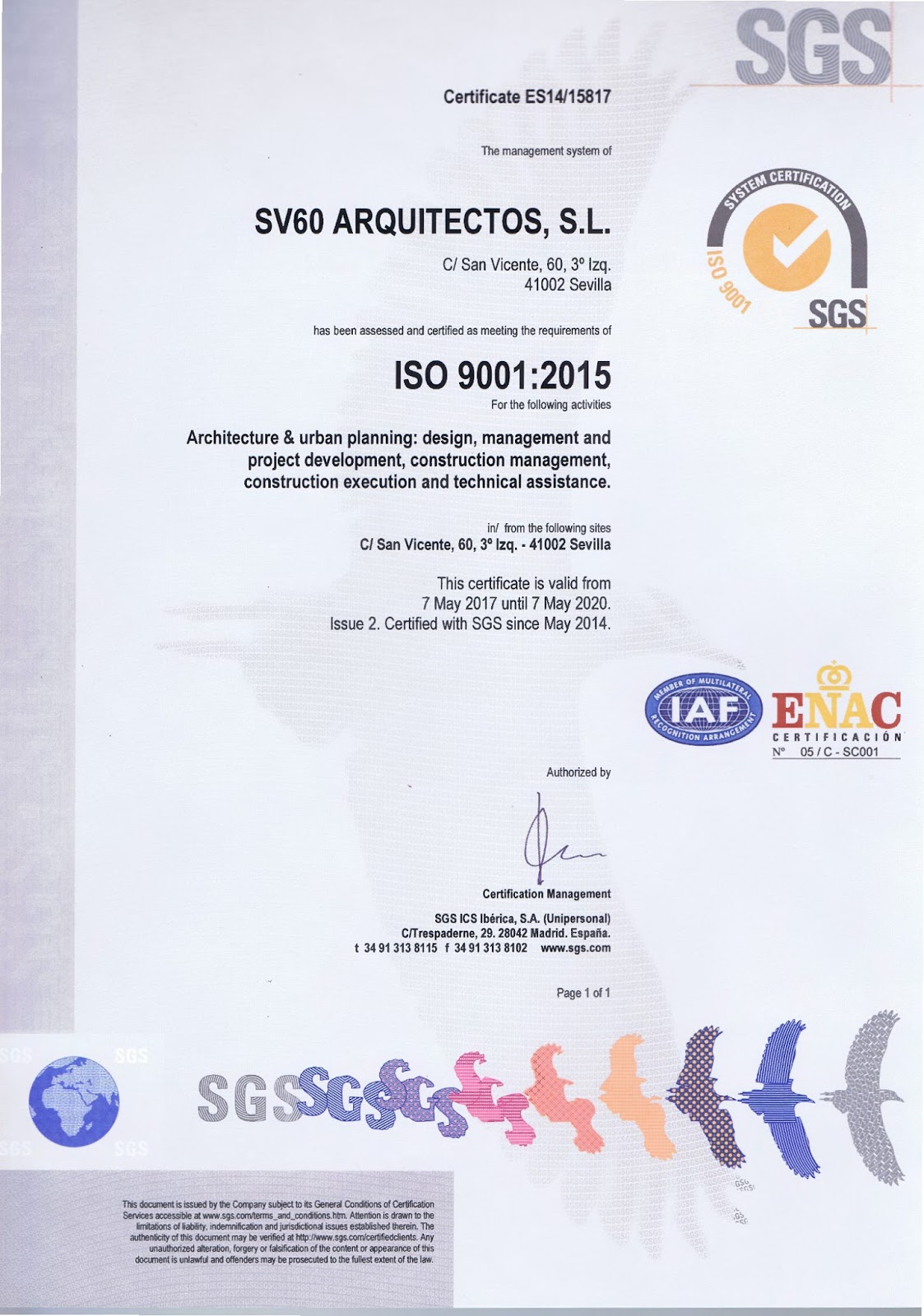 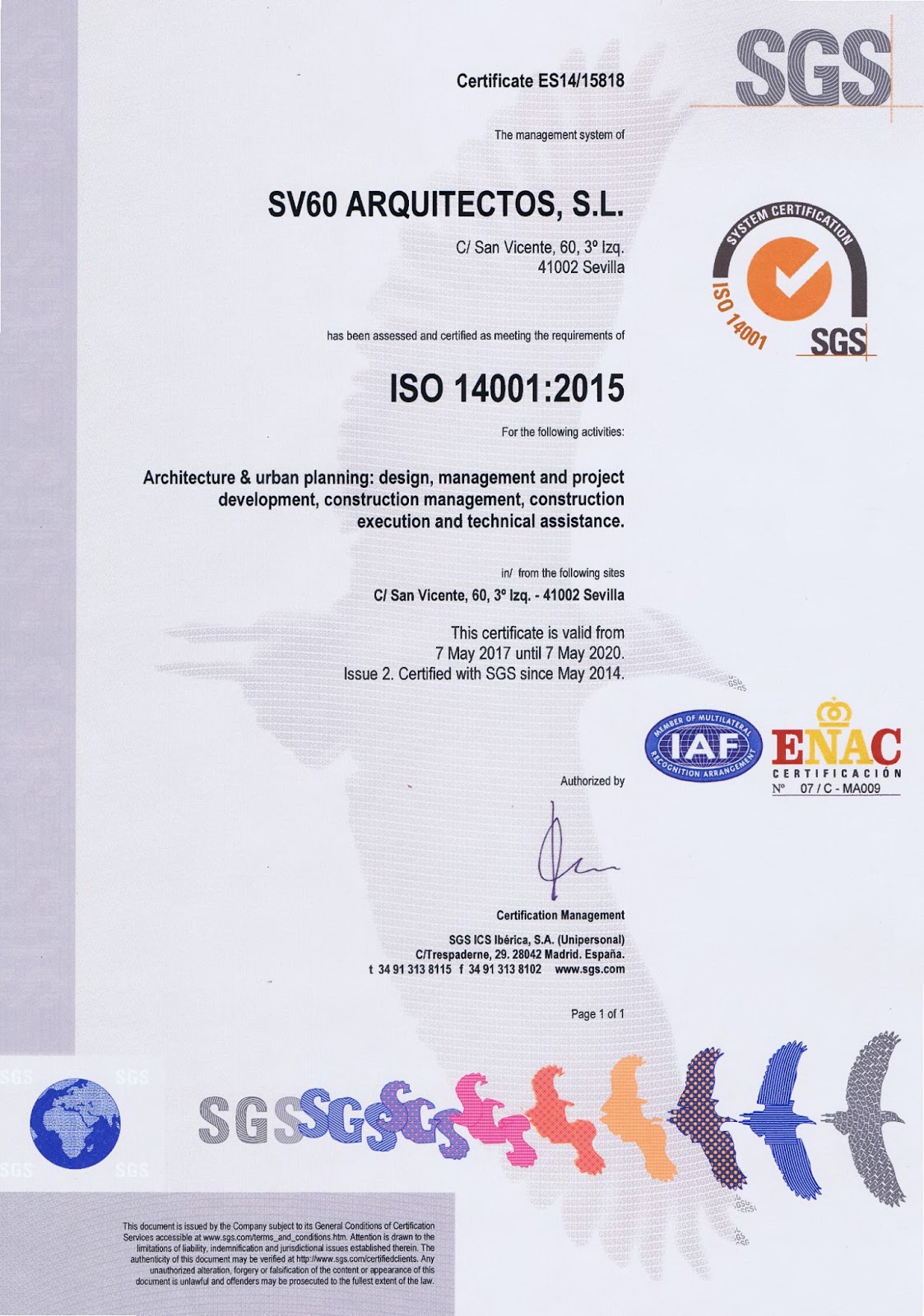